I’ve been aware of NGW for a while, I’ve watched a number of episodes of their TV show and have always been impressed with the strength of the roster. This was my first live experience and I have to say it was very enjoyable over all. The venue was good interesting and there was a great atmosphere.

The show started with the good news that we were in solid refereeing hands with Cowboy John, local hero. 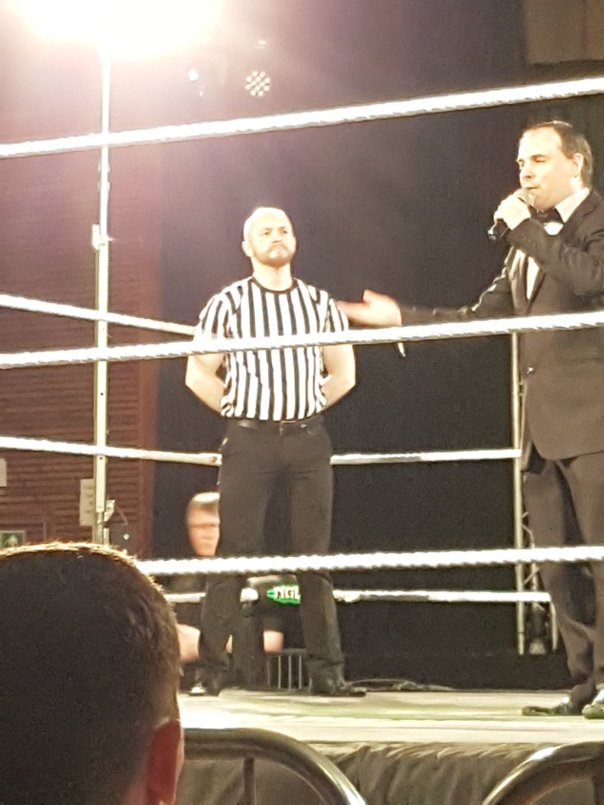 The hammer was scheduled to take on Nathan Cruz in the main event, but in the opening promo Nathan stated he wasn’t going to wrestle unless Justin could first beat the debuting monster Luke Menzies. This was a good solid match, Justin looked fluid and a great worker, and Menzies looks more and more impressive every time I see him. A great start. 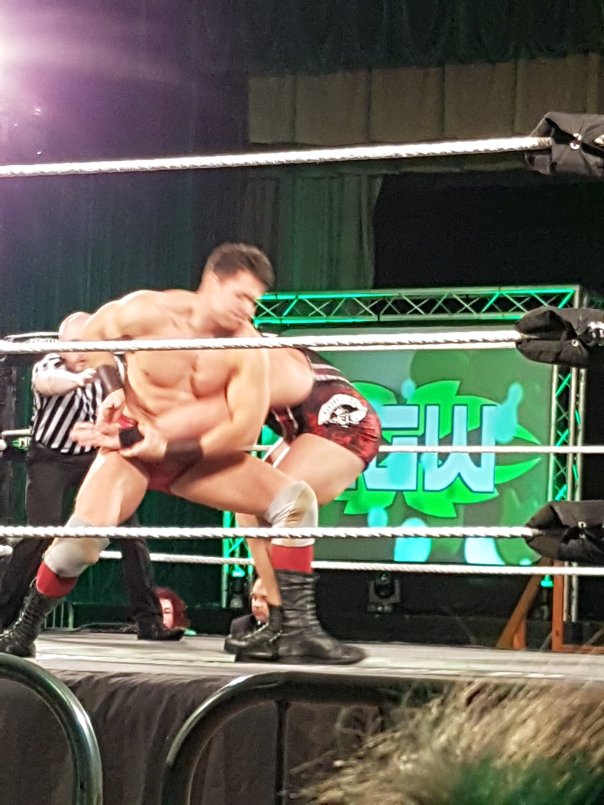 Sons of Ulaid vs Amir Jordan and Ace Matthews

This was a solid match including 4 great workers. I’ve only seen Sons of Ulaid live once before and they impressed then as they did today. Jordan oozes charisma and his in ring work is steadily improving. Matthews is solid and strikes me as someone ready to move up the card, although I think his gimmick needs tweaking a little to do this. I could see him in a good main event run as a heel.

This match was amazing. It was comedy gold that booked the crowd and took us on a ride of emotions. Grado is solid and his success speaks for himself, Kirby on the other hand seems to be a bit forgotten too often. He’s an incredible worker, I’ve seen him tons of times over the past 15 years or so and he’s never had a match anything less than great. He can do comedy extremely Well, but it’s not all he can do, I’ve seen him have excellent technical matches and he’s equally as effective as a heel or a face. Perhaps the most underrated wrestler on the scene today. 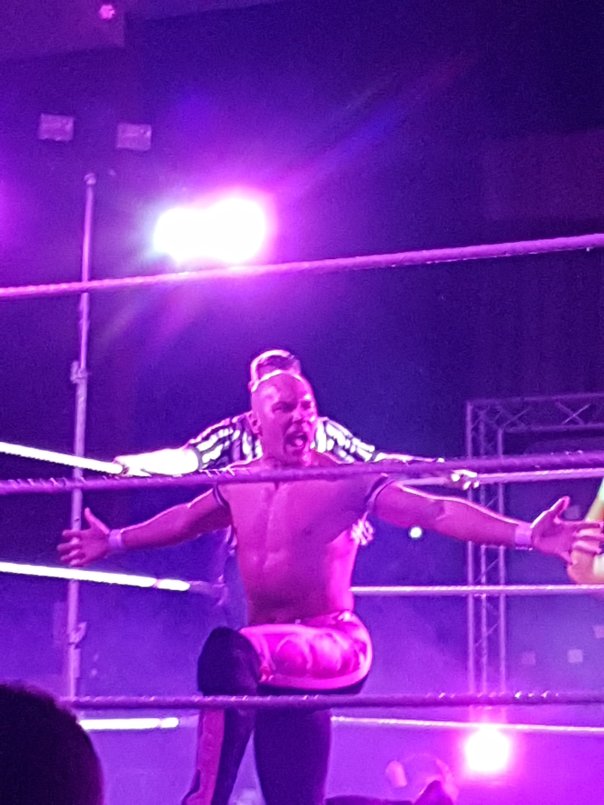 Both these guys are staples of the Yorkshire wrestling scene and both are very good. Rampage is probably my favourite heavyweight on the British circuit and Myers is another who has great matches with everyone. Both can wrestle face or heel, today RAMPAGE was the heel and the story they told was great.

I didn’t know Lizzie was on the card, and her music hitting was a great surprise. She’s a superb wrestler who has recently has a great run as champion in Tidal, one of our local Leeds promotions. I’d not seen chardonnay wrestle before, but she showed she is also a talented wrestler. This was a great match, although it looked as though Lizzie hurt her knee. I hope she was just selling, and if not I wish her a speedy recovery.

The Showstealer vs The Hammer

No, not Alex Shane vs Greg Valentine, but Nathan Cruz vs Justin Sysum. Nathan is one of my top 3 wrestlers at the moment, and I’ve not had the pleasure of seeing him live since he left PROGRESS so this was a match that had me excited. It didn’t disappoint, the story was great, Nathan was awesome and Justin looked incredible in this match. He’s looked great vs Menzies earlier but he really took it up a notch for this one probably a combination of holding back earlier knowing he had to wrestle later, and this time being in against someone as skilled and experienced as Cruz. 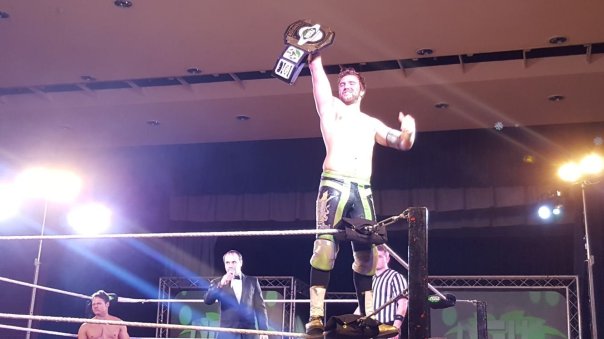 All in all, an excellent show. Topped off by a chance meeting with BritWres legend Alex Shane outside. I’ll definitely be heading back to NGW.